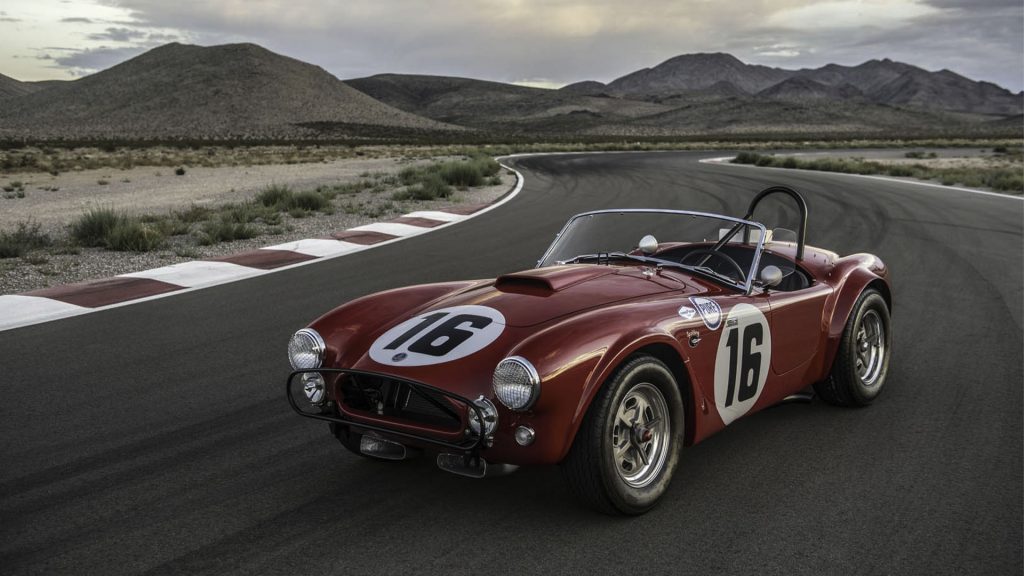 From the inception of the small block Cobra, Carroll Shelby intended to build a race version of his lightweight roadster; its ultimate iteration was the 289 FIA roadster. While the original Cobra’s lithe athleticism remains evident, the 289 FIA – with a widened track and wider, racing-specific rubber – adds a heightened muscularity to the race car’s quicker acceleration and tenacious grip.

The big block Shelby Cobra is considered by many to be the most iconic American sports car in history. When GM began to work on a new big block Corvette and Ferrari increased the power of the V12 powered GTO’s, Shelby and Ford Motor Company decided to shoehorn the mighty 427 FE motor into the Cobra.

While the Cobra roadsters were dominating the tight road courses of the United States, they lacked the aerodynamics for the high speed European circuits like Le Mans. In 1964, Carroll Shelby asked Peter Brock and Ken Miles to develop a coupe version of the Cobra to compete with Ferrari, Aston Martin and Jaguar. Given the name Daytona, the coupes were unstoppable. Driven by drivers like Dan Gurney, Bob Bondurants, Allen Grant and Phil Hill, the cars won the FIA World Sportscar GT class in 1965, making it the only American manufacturer to do so. 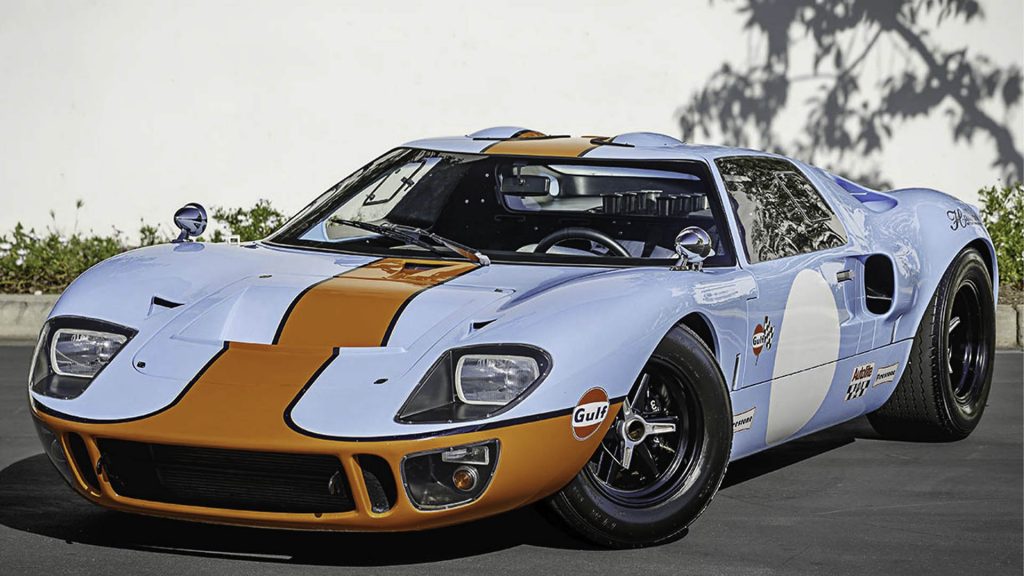 In honor of that historic win, Shelby American will build a limited run of (20) 50th Anniversary Shelby GT40 MKII cars to honor this historic racing platform.